Paul CHIANG was born in Taichung, Taiwan in 1942. He graduated from the Department of Fine Arts at National Taiwan Normal University and joined the eighth Sao Paulo Biennale in 1965. His first solo show took place in National Taiwan Museum in 1966. From 1997 to 2005, he had six solo shows at ESLITE GALLERY.

With his career spanning half a century, Paul CHIANG, like an artistic monastic, has been devoted to his abstract painting, which releases the atmosphere of introspection and serenity. In early works, he largely uses black and gray shades and stresses the layering and texture of paints. Amidst the abstract background, he often introduces concrete or semi-concrete signifiers, including religious emblems such as cross and lotus and natural elements such as mist and ripples. CHIANG aims not to present the symbols' surface quality but to manifest their symbolic meanings in human subconsciousness, which reflects his meditation about life and faith and his aspiration for nature and mystery. Classic music has seminal influence on CHIANG's art. He learned to play cello previously and often finds inspirations from the music of Gustave Mahler, Arnold Schönberg, and Achille-Claude Debussy. Critic SHIH Jui-Jen observes that "Chiang uses a monochrome palette to convey the silence and mystique of the past . . . . His paintings have the changing emotional quality of a well-textured essay, and the temperament of a gracefully restrained song." Paul CHIANG always entertains the belief that "art can purify mind." Through those enigmatic scenes, he expresses the rhythms and whispers reverberating between individual mind and the universe. 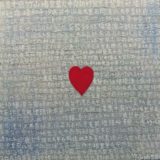 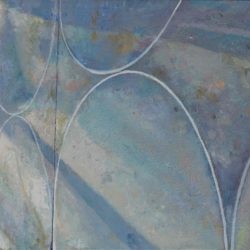 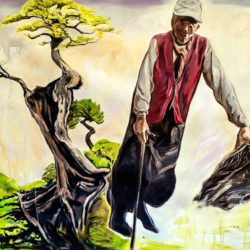 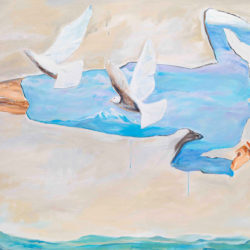 Fu-sheng KU
Peace with Oneself 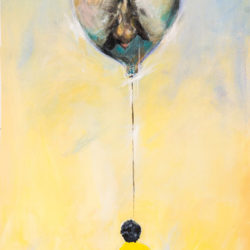 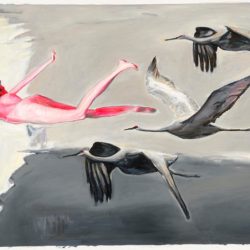 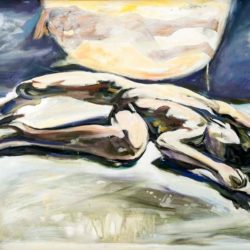 Fu-sheng KU
I Will See You in My Dreams 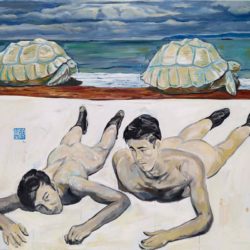 Fu-sheng KU
By the Sea

"" was added to wishlist